Today we made some different forms of Greek artworks. I originally planned to make a mosaic with the ocean since that played an important role on the island of Crete. But I was also able to make two other smaller necklaces. I used different sizes of squares made of paper for the mosaic instead of tiles. I used elastic and beads for my necklaces. The next time I get an opportunity to re make these crafts I would like to make a medallion and add more detail to my mosaic.  Here is what I managed to make: 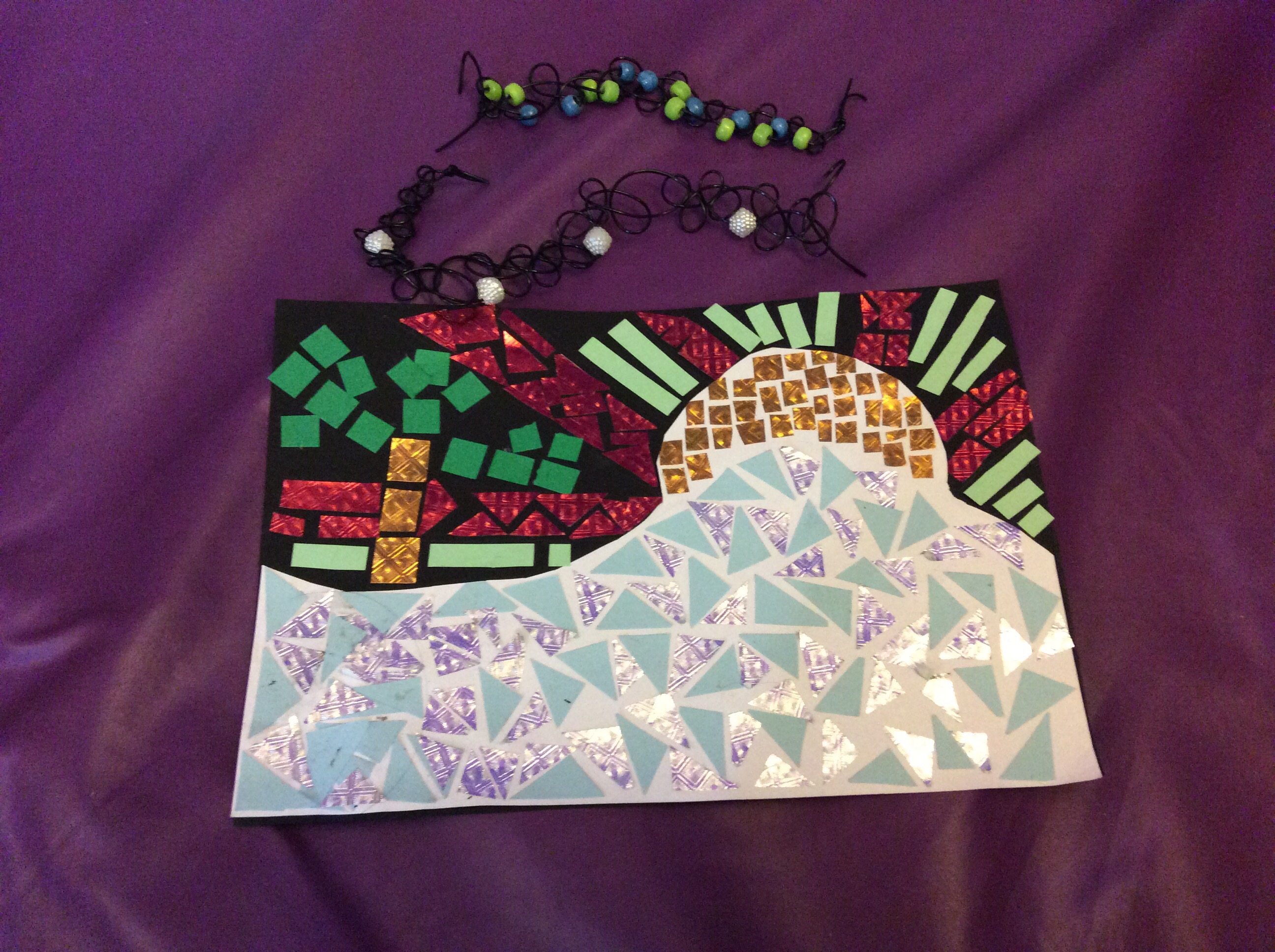 My takeaway from this project was how in Ancient Greece the metics and other villagers sat finishing their crafts before selling them in the marketplace. This activity helped me learn how hard they worked and how much they put into it. We only had 85 mins, but they use to spend days completing theirs. Craft was something important to them. It was more then just a little something. It showed us what they truly were like, and what were the beliefs at that point. Today we still study and look at their artworks to discover parts of their life and our past.