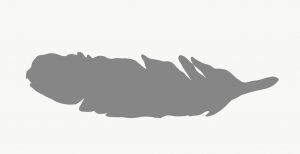 “At some point you have to stop running and turn around and face whoever it is that is chasing you. The hard part is finding the courage for it.” Most people see that Katniss as a teenager trying to fight for what is right. She is trying to rid her world of injustice that comes along with hosting the Hunger Games. But really, Katniss Everdeen wasn’t a kind tribute trying to save her sister’s life. She was a careless and power hungry teenager, who was eager to get attention and replace all figures of authority that previously existed.

When Primrose Everdeen was called to represent District 12 in the 74th annual Hunger Games, Katniss eagerly took her place. There was merely a moment to breathe after the name had been called, as Katniss immediately stood up and ran forward. On page 22 of the first book in the trilogy, Effie trinket, the moderator of the reaping (the event where the tributes are chosen), heard Katniss volunteer, and she even mentioned that the chosen tribute first had to be introduced, and then other people could volunteer. “I believe there’s a small matter of introducing the reaping winner and asking for volunteers.” This shows that Katniss jumped up with such speed, that not even the crowd had a chance to digest the previous events before she decided to take her sister’s place.

Katniss has never been afraid of standing out from the crowd and getting attention for it. And she used this further her plan of containing all of Panem at her call. Katniss wears a pin on her chest during the games, even though souvenirs from home are discouraged the gaming arena. This is a pin of a mockingjay, that was given to her by a friend from back home. Katniss claims that this pin is like a piece of her past life to her, but this is what forms the rebellion, and makes Katniss the leader of all. People draw inspiration from the mockingjay on the pin, and this leads them to rebel against the Capitol and its rules. The mockingjay and Katniss herself symbolise a new way of life, that doesn’t include dictatorship and poverty. And with all of this knowledge, Katniss enters the arena once again during the second book of the trilogy, continuing to wear the pin. She caused many districts to rebel against authority by taking inspiration from the pin, which killed many innocent people during the riots. She even witnesses a riot first hand during a tour of a district, including the assassination of a man that has done no wrong. But simply for the sake of coming to power, she continues using the mockingjay to symbolise the rebellion.

A mockingjay is a bird that is a slap in the face of the Capitol. During the first rebellion, the Capitol bred a series of genetically altered animals as weapons. One of these was a jabberjay, that had the senility to memorise and repeat several human conversations. These were birds that were all male, and were released in areas of the Capitol where the rebels were known to be hiding. After the birds gathered the words, they would fly back and repeat the conversations. But soon, the rebellion began to feed false information, so the Capitol killed this species of bird. However, some males mated with the female mockingbirds, creating a new species of birds, known as mockingjays. These birds continued to live, taunting the Capitol of one of their biggest fails. Katniss uses this bird on her pin to prove her true identity. She is a person who didn’t follow the rules set by the Capitol. Instead, she chose her own meaning of life and decided to rebel against what she thought was wrong. But she also used this method of rebelling to come into power. As said by one of Katniss’s friends, “you’re the face of the rebellion. You have more influence than any other single person.”

Another example of this power-hungry teenager attempting at making a move is during the second book of the series. Before the games, each tribute from all twelve districts goes through an interview, answering questions about their daily life and experience in previous games. In her interview with Caesar Flickerman, Katniss is showing off her dress. It’s a plain white dress, with many frills towards the bottom, and is quite unlike anything else the other tributes are wearing. She gets up, and walks around the stage, twirling around in her dress in the process. But when she does this, her dress transforms into the wings of a mockingjay, as she captivates the audience of all. She has the attention of all of Panem, as she shows that the rebellion is stronger than ever, and will continue working to overthrow President Snow and his way of ruling.

While it may seem like this is enough to prove her true identity, there is yet another reason she isn’t the innocent girl she is shown to be. In the last book of the trilogy, Katniss is kept safe in District 13 (a district previously thought to have been destroyed), so that the rebellion can continue to function. Under the leadership of Coin (a powerful women you don’t want to mess with), they eliminate crucial leaders from the Capitol, hoping to end the Hunger Games in the process. Once the rebellion has captured President Snow, Katniss is given the duty of executing him, as she was the leader of the rebellion all along. In front of thousands of people, Katniss strings her bow, preparing to shoot at Snow, who has been marked right in front of her. But at the last minute, her aim shifts upwards, and she shoots, killing President Coin as she immediately plunged towards the ground. Her actions in this moment show the depths she is willing to travel too, so that it is ensured she is the one that will come to power. Katniss knew that President Snow was captured and hated by everyone in the Capitol. She realised that killing him wouldn’t be effective, because someone else would do that for her anyway. Instead, she shifted her target to Coin, as she knew there wouldn’t be any more opportunities to kill her and take hold over the rebellion. Katniss also realised that once Coin was out of the picture, she would be the only one that could lead the nation, as she was the Mockingjay that everybody believed in.

Even with all these reasons, it may seem to some that Katniss was just that one unlucky girl, chosen to represent her district, but instead led everyone to a more morally sound world. But as seen by her attempts at taking power, she is a cruel and calculating brain. Everything she did was only in interest of herself and the power she holds. It’s up to you to decide; was she a normal teenage girl, or a calculating ruler? But decide wisely. Because as said by Katniss Everdeen herself, “May the odds ever be in your favour.”